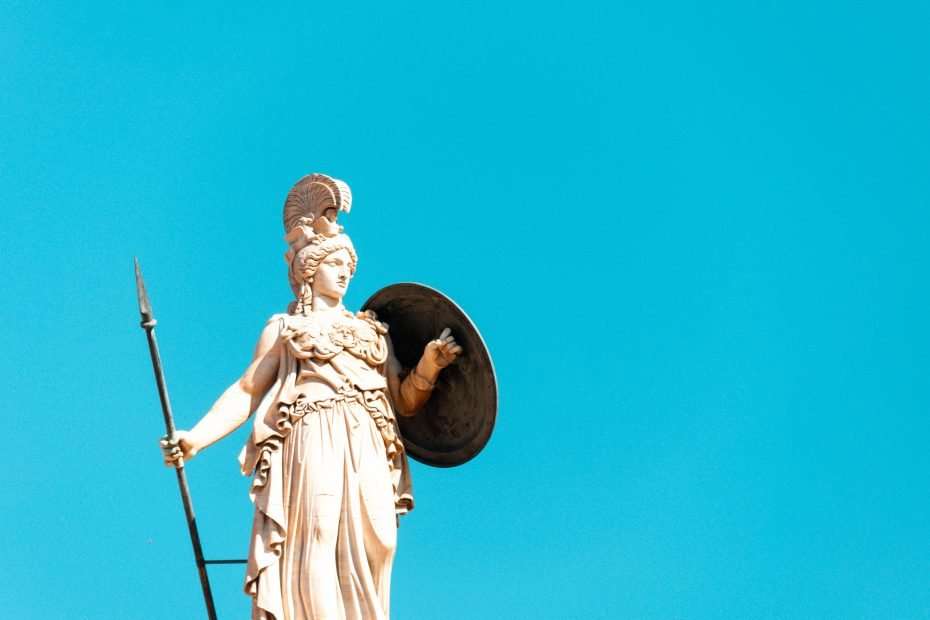 The Olympic Games of Tokyo 2021 just finished on the 8th of August, and even if this is the 32nd edition, the tradition was born way back during the Ancient Greece period. The first Panhellenic contest, the Olympics, dates to 776BC, which was 2797 years ago.

Back then, the Olympic Games were a religious and athletic festival held in the temple of Zeus, and athletes didn’t have the technology we have today, so they had to train with whatever they could.

Nowadays, we have the technology and knowledge to become stronger, faster and fitter in a couple of years. But nothing can build grit and strength as the ancient training of the Hellenic times.

So here are 6 simple steps to reach the strength of mindset of the Hellenic Olympics.

1 — Expand and Strengthen the Mind

The Ancient Greeks believed that body perfection has to come with mind perfection, so the gymnasia usually contained libraries where athletes could train both.

Training for a competition was a form of wisdom, as it was for the other creative arts, mathematics, or philosophy. For this reason, keeping in shape both mind and body was a natural development for the athlete. In fact, Clayton Lehmann noticed how many dialogues between great philosophers were set in the gymnasium, which became a vital part of some Ancient Greece democracies.

But this is not everything. Hellenic athletes were also trained to build mental strength besides knowledge. They were incorruptible, uninterested in money or any kind of luxury.

So the first step for reaching the strength of mindset of the Hellenic Olympics is to expand your knowledge and strengthen your mind.

2 — Use the Environment to Build Muscles

Today we call it calisthenics, but in Ancient Greece, it didn’t have a name. They just did it.

Athletes used the environment to their advantage because they had no highly technological tool to build muscles like us.

A famous wrestler, Milo of Croton, was known for his environmental training. The legend says he trained for the Olympics by lifting a bull from the moment it was just a calf until it became an adult. But other athletes used other techniques. They climbed trees, run with weights on their shoulders, hold horses trying to run, or even punched bags filled with flour or sand. Not only that, but they also swam incredible distances (50km) or carried heavy carts and bronze statues around the cities.

So the second step if you want to reach the strength of mindset of the Hellenic Olympics is to use the environment to your advantage and build muscles with it.

We all know the basics of the supercompensation principle today. You should always alternate workout and rest days to allow your body to recover and build muscles.

It’s a simple adaptability concept. When you train and put your body under pressure, your muscles suffer, so they adapt by becoming more robust.

Greek athletes used the same technique, which they called Tetrad, based on workout cycles of four days.

According to Lehmann, the first day was for short but intense movements. For example, they lifted lightweight rocks many times. On the second day, instead, they stressed their body with all kinds of massive efforts. On the third day, they relaxed. And lastly, on the fourth, they exercised again at an intermediate level.

Nowadays, we are fixated with the idea of dieting as a form of punishment that keeps us in shape but doesn’t allow us to eat what we like. But the definition of diet doesn’t include punishment since it specifics the kinds of food that a person habitually eats.

In this term, there’s a keyword: habitually. And even the greeks knew that a diet that works for someone could not work for somebody else.

For example, in the beginning, the athlete’s diet was vegetarian. But according to Christopoulos, 200 years after the first Olympics, the diet changed to mostly pork and beef. In fact, Milo of Croton was known for consuming around 8kg of meat a day.

Later, there were more experiments. Some athletes tried a diet rich in cheese or meat. Some others tried carbohydrates or fish.

This doesn’t mean you have to throw out of the window what your nutritionist says and start experimenting. But you need to understand that our bodies are different, and what works for someone may not work for somebody else.

Another technique ancient Greeks used to charge up and empower themselves was breathing. The specific routine was called pneuma and involved holding the breath, tensing all the muscles, and relaxing the diaphragm.

With this technique, athletes could concentrate their power and focus on a specific task and perform it at best. And even if their view of pneuma was more mystic than realistic, breathing techniques are even today at the basis of exercising and building strength.

This is because muscle cell reconstruction, after an intense workout, needs oxygen to function. And the more oxygen you bring to your body with good breathing techniques, the faster the regeneration.

6 — Abstinence as a Moral Challenge

This last technique seems a little bizarre, but Greeks encouraged abstinence as a form of physical training. Their mind — focused on virtuosity and philosophical thinking — disgraced corrupting or luxurious activities. Between athletes, not respecting this rule was dishonorable and corrupting.

However, nowadays, we know that abstinence doesn’t help muscle or strength building. Testosterone, one of the main hormones responsible for muscle generation in men and women, isn’t affected that much by abstinence.

So this is only a moral challenge you can take before competitions and contests, but it doesn’t help in the other cases.

From studying to abstinence, ancient Greeks had their own ways of training for the first Olympic Games ever existed. Some were a little bit crazy, while others were good intuitions on how the human body works.

So if you want to reach the strength of the Hellenic Olympic mindset, it is enough to follow those 6 simple steps.

First, train your body, but also your mind. Interact with people, discuss, read books, and expand your knowledge.

Second, use the environment to your advantage when training. If you go to the gym every day, when will you enjoy fresh air and sunlight?

Third, working out is fundamental, but resting also matters, or your muscles won’t grow.

Fourth, find the diet that most fits you, and remember that dieting doesn’t mean suffering.

Fifth, breathing is often more important than the difficulty of the exercise you are trying to perform.

And sixth, there’s no need for abstinence, but you can do that before competitions if you want to feel more energized.

These are the 6 simple steps you can take to reach the strength of the Hellenic Olympics Mindset. Now that you know them, do you think you can become an ancient Olympic champion?

If you want to support the blog, follow me on the links below:

The article was first published in Wholistique, a Medium publication.

previous9 Helpful Rules to Keep Distractions Away and Increase Productivity
next4 Unhelpful Thoughts That Keep You From Living a Healthy Life
Tags:healthpersonal developmentpersonal growthselfself improvementself-development